If there was one thing that has seriously amazed me since becoming a vegan chef is the fact that I am still not connected to animals in their butchered form. I can't seem to have any sort of feeling when I see a beautiful filet of beef or a duck breast.
I should be disgusted; horrified ; put off by the vision of this dead piece of meat. But I am not!
A piece of meat which had previously breathed, seen, loved, cared, hoped and wished never to be sacrificed for its flesh. But I feel nothing- absolutely nothing.
I am ashamed of myself for this non feeling. Maybe it is going to come with time.
We shall see. It is hard to be vegan to the bone. 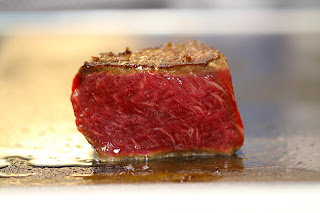 A trait that for we for sure do not share with animals is our aptitude of deniability.
For example when it comes to eating animals we are very good at convincing ourselves that it is not a big deal after all to take one life away for our own gustative pleasure.
Deep inside the brain of the stupidest man on this planet has appeared, one day,  the sad conclusion that it is obviously not right BUT we are unashamedly happy to convince ourselves otherwise.
Many other facette of our lives carry this trait, but I think it is the only one that systematically involves the death of a living creature.


It takes a lot to convince people that turning vegan is one of the best thing they would ever do in their life. A s a vegan it is funny how we feel the need to convince everyone to follow our path. It's a bit like when you discover that you are gay and attempt to convince your best friend that every single famous person on this planet is also gay. No better argument to make him "try" with you.
So I sometimes resort to this old trick of mine and start name dropping the biggest vegan superstars on this planet.
I am however careful to try to match who I feel they aspire to be like:
Leonardo di Caprio (he is not vegan but he could be); Grace Jones (she is so cool- she looks vegan to me); Will I Am ( I cooked his last Birthday meal so I know); Mike Tyson (Yeah! strong and hard headed); Ariana Grande (that's for my 10 years old daughter' friends) and the one that always make me cringe to think as a vegan: Barry White. Who doesn't want to be like Barry White? 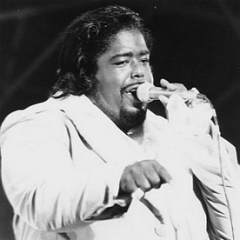 The beauty of being part of a movement which you are persuaded is going to change the world for ever and for the better allows you to define people according to this. You have convinced yourself that vegans are on the right side of history.
So let's put the persons we despise the most on the other side of the argument.
It usually starts like that: do you imagine Donald Trump as a vegan? hahaha- impossible
The list goes on: Nigel Farrage; Jose Mourinho; the editorial team at The Daily Mail; Marine Le Pen; Katy Price; Gordon Ramsay...etc
Wait ! was Hitler vegan? shit.....

It has been six months already and I haven't craved eating meat or fish at all. This is quite surprising as I really thought that I would be missing the texture, depth of flavour and overall satisfaction of a juicy piece of a medium-rare filet of beef.
It seems that, as my body doesn't have anymore animal fat, my sense of flavour is much more exacerbated. It always feels like I am constantly looking for strong, bold and usually new flavour- regardless of how hungry I am.
In the past, I would be really open to smell, flavour, scent...etc but this happened mostly when I was hungry. The minute I had fulfilled my need, I would just loose total excitement for flavours.

There hasn't been much other changes happening in my metabolism since turning vegan to be honest.
Well, almost:
I  have lost 11kg in the last 6 months. About 15% of my body weight, without stopping carbohydrate or alcohol. I am now the same weight as when I was 20. Very strange.
I have no more lower back pain and feel much more relaxed. One will say that it is probably all in my head- well wherever it comes from, I feel much better overall.
I know what you are thinking: I am trying to sell it to you, in a very easy-peasy way; where no pain or craving has been attached to my new diet.

Anyway, what's important is that I am now surviving without feeding myself with death.
No more- never, ever again. I swear.
Nothing has breathed, hoped, loved and died just to satisfy my hunger. How cool is that? Many people I have spoken to, think that I am a childish dreamer who is just having a classic midlife crisis; and they are probably right. But how good is the feeling that when you come to the conclusion that half way thru your life you will not digest any previously born species. If I ever get reincarnated as an animal, I hope it will plays in my favour.